The decelerating photography market. On all sides now. 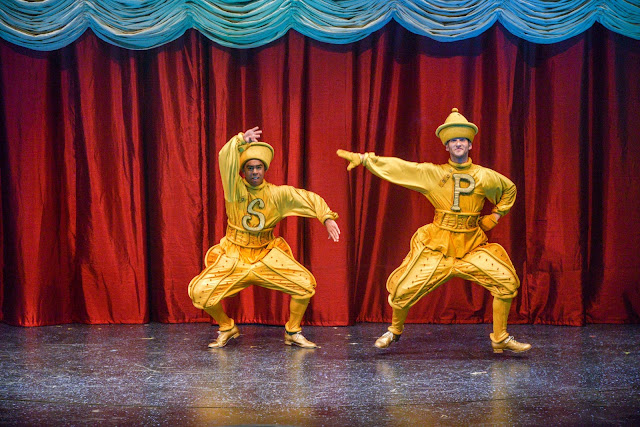 It was interesting to skate around the web and look at not just what pundits and experts are saying but also how they are saying it. The general tone, and even the defensiveness of some commentators. I was over on YouTube and clicked onto one of my favorite camera review/camera tutorial sites; that of ever cheerful, Maarten Heilbron. His latest video wasn't a review or a camera tutorial but a six minute segment suggesting buyers take a breath and consider before lungeing into yet another camera purchase. Yes, he was actually counseling visitors to his site to sit back for a moment and really try to understand what they want to use their cameras for and how they are using what they've already got. It was almost an anti-buying episode. His suggestions were spot on and when I left his channel I clicked over to Amazon and emptied my "wish list."

There is a pervasive mantra on the web that we've hit a hard and long plateau which means "all current cameras are more than good enough."

DP Review made a splash, not with another "amazing pre-pre-preview of the latest Sony MILC" but with news of Nikon's recently released financials; which don't look good where their photography products are concerned. Another 18% drop in their imaging business revenue since just last year (which was NOT stellar). Sony had a drop in operating profit of 73% last quarter; according to (well informed) Thom Hogan. Makes one wonder if Samsung just did their homework a lot quicker (and better) than the rest of the companies in the camera market and got out first. Stopped digging deeper into the hole. Stopped the bleeding early...

The perspective I hear from nearly every working photographer I encounter in day-to-day life is this: "The cameras got so good a few years ago that there's really nothing I need in the new cameras that I can't get out of the stuff I bought two years (or three, or four) ago." Followed by, "I'm pretty happy with what I have now I think I'll skip this generation and wait for the next set of introductions."  Online reviewers are still touting the latest products but they are still making their YouTube reviews mostly with  Panasonic GH5 cameras; a three year old product with a smaller sensor, etc. (Examples are: Tony and Chelsea Northrup, and Jordan Drake and Chris Nichols over at DPReview).

If the guys who are charged with marketing the latest stuff to consumers are still using older gear with great results then one has to pause for a moment and wonder why. The on-screen guys surely have access to the latest stuff but....... is it possible that three years after its introduction the only real competitor to the GH5, in the hard specs (60p 4K, 10 bit, 4:2:2 with high data rates of 400 M/bs), is the Fuji X-T3? And even it falls short since there is no audio adapter for professional microphones, no waveform indicators, etc.

Sales of Nikon's new mirrorless products are being bedeviled and curtailed by the sheer strength of the two year old D850. Based mostly on an eight year old D800. Nikon would probably sell more of their mirrorless stuff if it was demonstrably better than the D850 but it's not. And they can't risk killing the main cannibal in their line-up or they'd lose too many sales since their mirrorless offerings have fewer unique selling points versus the MILC competition. Sad times for Nikon. And even sadder is that those new cameras are so good, if considered on their own...

So, what's driving the market down? It's probably the same thing that's making commercial photography jobs harder to come by: Fear of the next recession looming in the near future. That, and declining real incomes in mature markets. And maybe new product launch fatigue.

Recent surveys by business magazines and websites show a pessimistic trend among CFOs where the economy is concerned, and indicate that they are already taking steps to trim unnecessary costs. That's starting to be felt by freelancers and might soon hit contract workers as well, in spite of the historically low unemployment numbers. Someone has to be the "canary in the coal mine."

I finally also believe that phones with great cameras, and even better internal imaging software, are more and more responsible for a growing proportion of the photographic images (and video) we're seeing in social media and web advertising. There are still plenty of situations in which traditional cameras are needed for professional (or even acceptable) results. It would be tough-to-impossible (now) to get great live theater shots with long focal lengths and lots of movement in low light. Architects still need raw resolution and (for now) optical perspective correction. The list goes on but it's shrinking. And the styles of advertising imaging have changed. Now, more often than not, all but in the top, top end of advertising the imaging being used is most often a result of "PhotoShopping" together disparate elements (mostly free stock shots) to create a final image. Cheaper, faster and more than adequate for banner ads and ads that will appear (with a 65% likelihood ) on a person's phone screen.

Survey photo bloggers and you'll hear tales of woe and despair. Affiliate clicks are following the general downshifting of the overall camera market and income from in-blog ads for photo products are falling month by month. Some bloggers are turning to crowd-funding via resources like Patreon on which interested readers can make direct financial contributions. I can only surmise though that the decline in camera sales also reflects, to a certain degree, a declining interest in the blog content in general since most of the stuff written is (inevitably now) a rehash of the same old tropes and topics.

Samples being: Which lens is best? Comparisons between two current, popular cameras. Which camera is best? Which cameras are the top five ever produced? Why the making of prints will never die? Why printmaking is dead? Mirrorless versus Traditional. Canon versus everyone else. How I use one light to photograph hot models. Are Camera Makers Lying to Us? How we did (everything) this in the good old days. Why I hate video? Are Sony Cameras the Best in the Universe? Do Fuji cameras have worms?

I'm getting more calls for video these days than for traditional photography. I hate to say it but client taste in videos is pretty basic. Occasionally we get clients who just watched "Avengers: Endgame" and they'd like their $3,000 video to look "just like that." But most are looking for basic "talking heads" and the clients have done a good job pushing their cost of videos down (rushing to be first to the bottom) which means fees are also falling. I'm just a few steps away from selling off all the cameras, buying two iPhones and offering nothing but available light iPhone video with iMovie editing.... But that's just my cynicism talking.

The odd thing is that after all the changes in the markets, the tools, the audiences and the publishing venues, I still love photography more than anything (except swimming) that I do in the realm of work and play. There's still a magic to it and I'm sure that no matter what happens to the business end of photography I'll still enjoy lacing up some hiking shoes, grabbing a camera, and heading out the door to see what the world looks like through a lens. It's addictive. I like it. I can quit any time I want...(ha. ha.).
I hope you do this for fun. It's a bright future for artists and the truly smitten. I'd just hate to be a camera sales person right about now.... And I'd never, ever suggest to my son that he take up photography for a living.

Posted by Kirk, Photographer/Writer at 11:14 14 comments: