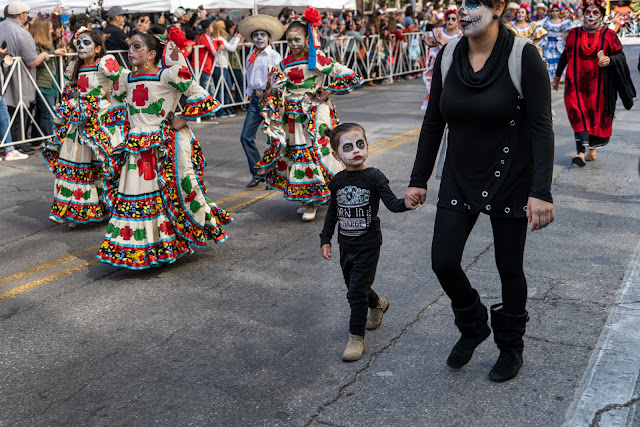 One thing that's kind of addictive about nearly all the mirrorless cameras is the way you can adapt older lenses that you might already own to the new bodies you love to buy. I have a 50mm f1.7 Zeiss lens that was originally made for the Contax (y/c) line of cameras that were on the market in the 1980's and 1990's and I've used it on micro four thirds cameras and APS-C cameras with very good results. The lens is one that consistently gets high marks when I look around for actual user reviews. It's in short supply these days because several influential budget lens adapters decided that the f1.7 is sharper than the more expensive and faster 50mm f1.4 Zeiss lens from the same family.

While I'm happy as a clam with the "normal" lens (Sigma 45mm f2.8 L-mount) I bought for my Lumix S1 I was sad to see the old Zeiss languishing in a drawer, unused. I went online and found a $14 (+tax) Fotasy brand, "dumb" adapter that would allow me to attach the old lens to the new camera and, since shipping was free, ordered it.

It came yesterday and I put the lens on the adapter first. It fit snuggly but not so snuggly that I might not ever be able to get it off again. Then I gingerly placed the combination on the camera and, with minimal use of force, turned the assemblage on the lens mount until the lock snicked into place. I turned on the camera and was happy to see that in "A" mode the camera meters correctly. Focusing was a little tough until I figured out how to turn on focus magnification and then everything fell into place.

The lens is as nice as I remember it. It's not as sharp, wide open, as some of the 50mm lenses I've owned but once you're past f2.8 everything is gloriously defined. And the lens has a different look than does the 45mm Sigma lens. I'm happy enough but I really didn't need one more option for the camera at that focal length.

What I do feel I need is a fast, fast, fast 85mm for the Lumix S1. To that end I'm currently considering the Sigma Art 85mm f1.4. Lenstip.com reviewed this lens and it even trounced Ming's sacred 85mm Zeiss Otus lens. Sigma makes an 85mm Art in an L-mount and my local bricks and mortar camera store has one for a whopping $1200. But, in comparison with the Otus lens I guess I should consider that to be dirt cheap.

My question to the collective brain trust: Has anyone here used the Sigma 85mm f1.4 Art lens? The mount you used doesn't matter, I'm just interested to hear how you liked the optical performance of the lens. Anybody?

I've read the reviews but until I hear from real people I always feel like I'm going in blind. Help?

Rainy, cold and damp here. I've pulled the office space heater out of the closet and I'm pulling my meager collection of winter wear out to see what's still fashionable enough to wear to work. I shouldn't really care about how cool something looks around the office but I don't want to embarrass Studio Dog if she has company over....


Posted by Kirk, Photographer/Writer at 19:14 6 comments: