A few more black and white street shots which once again pose the question: Are any of the advancements in camera operation really critical? 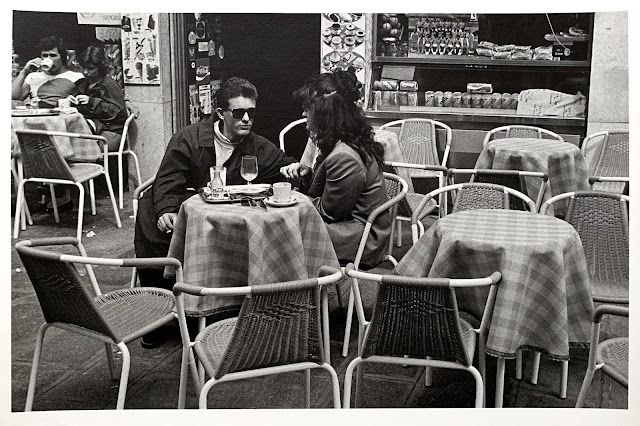 People have an understandable tendency toward avoiding engagement with strangers. But it's exactly the engagement, or the willingness to engage if needed, that are critical to making good work. If you have armed yourself with the latest tools but have not armored yourself against potential rejection, or even abuse, then all the great camera gear in the world will have no good effect for your work.
When I walk through the streets to take my photographs I go with the idea that I might embarrass myself, be the victim of someone's outrage at them having been photographed, and I'm further bolstered to accept that all the shots I take might be abject failures. Unsalvageable by even hours of arduous and expert post production.
All that seems to really matter is having the will to go out time and time again, to smile as graciously as possible and just react (don't think!) to what you see in front of you. Instinct and reflex being the magic beans. 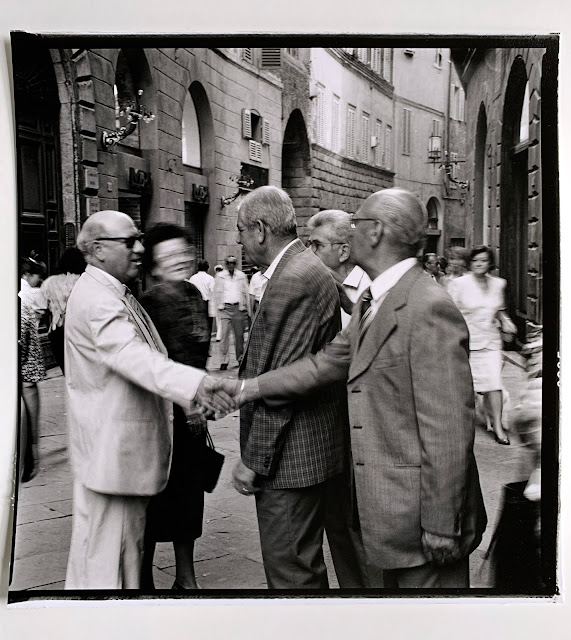 I love this early evening photo of a group of older Italians on the sidewalks in Siena. The light was dropping fast and the group and handshake was fleeting. I was using an old, fully manual Hasselblad, with a 100mm f3.5 Planar lens. I focused by looking at the focusing ring and setting it to an approximate distance based on previous experience. I didn't have time to meter but guessed that the exposure was something like f5.6 at 1/15th of a second. I'd been watching the light fall and was aware of the range. I tugged down on the the neck strap to stabilize the camera and then, composing through the dim waist level viewfinder, I clicked off two frames. Only one of which caught the handshake.

Everything happened quickly. You can see by looking at the woman just to the back of and to the right of the man in the light colored suit how slow the shutter speed was. Her face was blurred by her quick movement during the exposure.

Would a modern camera make a better shot? It might make a sharper or more noise free shot but at what cost? I think the motion and softness of the image, as well as the two-and-a-quarter inch, square format's trademark depth of field, is at least as important as those other parameters. But the essential piece of the puzzle is always just to be present with your camera and to keep your attention on the swirl of life around you. Nothing else really matters.

Posted by Kirk, Photographer/Writer at 17:17 4 comments:

OT: My favorite kitchen appliance. And, a report on my health progress. 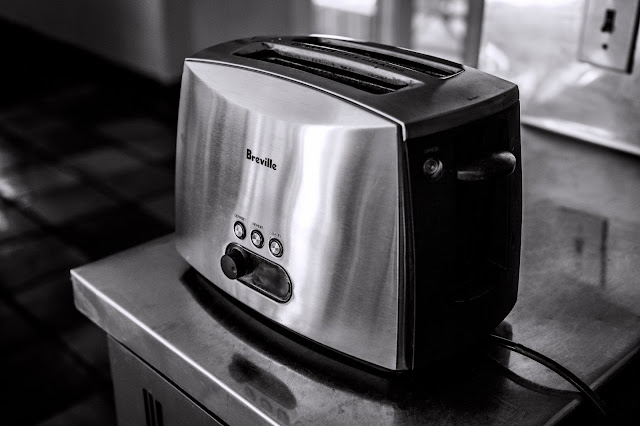 Only my close family knows my secret breakfast proclivities. Until now. Being in a confessional mood I feel compelled to let you know about my ardent affinity for toast. And by extension, my deep respect for our toaster.

We've had our current toaster for years and years. While my spouse is convinced that this particular toaster is a prankster that will often change its settings, mid-toasting, to antagonize her I am equally convinced that the toaster, though an inanimate object, is possessed of some specialized "toast knowledge" (machine learning?) and is merely over-riding Belinda's naive settings in order to offer her a chance at even better toast.

I adore the toaster. Even when I am absent minded and not paying attention it's rare that the toaster willingly destroys any of my toast. In fact, in times of stress I depend on its consistency to bring early morning order to my life.

The toaster is a mid-priced Breville brand with extra wide openings that can accommodate bulkier breads such as bagels. My use of it is utterly routine and almost unwavering.

After decades of experimentation I've found a magic formula for perfect toast to have with my pour over coffee; both usually enjoyed just minutes after attaining consciousness each morning. To wit: I've found that the very best bread for toast is a variant of white bread. It's the sourdough sandwich bread from Trader Joe's. It's sliced thicker than most commercial breads and it's both denser and less sweet than its competitors.

I drop two slices into the slots, set the dial for "5" and push down the side handle to start the process. If it's really cold in the house, judging by the feel of the Saltillo tiles under my bare feet, I might set the control at "6" instead. The toaster and the microwave oven are on the same circuit and, used in concert, they might trip the circuit breaker. That being the case I start the day heating water in the microwave. While that is in progress I open the bread package and pick two fairly well matched slices of bread, putting them into the toaster but not yet charging the lever to lower them into the heating zone and initiate the process.

Once the water in the microwave comes to a boil that's the signal that it's time to engage the toaster in earnest. While the bread toasts I proceed with a careful coffee pour over. The toast is ready at some point near the middle of the pour over cycle and that gives me the chance to cover each piece of toast with a light glaze of crunchy, organic peanut butter and then cover the peanut butter with a lumpy layer of my favorite blueberry preserves.

By this time the last of the filtered water has wended its way through the coffee grounds and everything is ready for a sybaritic breakfast. The two essentials; coffee and toast, are often joined by eggs or yogurt but the first engagement is always the crunch of perfect toast intermittently washed down by nearly perfect coffee. To brew the perfect cup is impossible. It's a life long mission to work toward the perfect cup but it's the journey of constant experimentation and not the daily resultant nectar of the gods that we embrace.

It was only a week ago that, with much fear, I went under the surgeon's knife to excise a cancerous growth on my left cheek. Against my usual hard-headedness I actually followed the physician's post op instructions and resisted all vigorous exercise, going so far as to inveigle my temporary plight into a full scale flight from my usual domestic duties. I suggested to Ben that the stress of taking the large trash can to the curb on Friday might be a bridge too far - at least according to my doctor. He's taken over the logistics and actual labor of transporting both the garbage and recycling bins to the curb. After all, it is a steep drive way... I also convinced him to carry the boxes of newly acquired LED lights from the front of the house into my office.

My biggest coup was being excused from having to cook dinner, even though it was my turn, on Wednesday evening, by suggesting that the medical procedure has been so stressful to me that I was in fact balanced on a knife's edge between a full life and PTSD and that both cooking and cleaning up might be enough to push me over the edge to the wrong side.

The reality is that except for the initial injection at my cheek of lidocaine, fending off any subsequent potential pain, I have been agony-free for the entire experience; from procedure to the removal today of the stitches which were, presumably, holding my face together. But who can blame me for trying to milk the most out of the experience that I could?

So, here's the coda. The procedure was successful in its mission to eliminate a squamous growth. I followed all the instructions, choked down a course of antibiotics, cleaned and bandaged the wound twice a day and used a special antibiotic ointment to promote epithelial healing. The stitches were removed by a chatty and charming nurse around noon today. The original surgeon examined the wound and declared himself both an artist and a genius and then, under my insistent pressure, yielded and gave me his blessing to return to swim practice this Saturday morning. The one proviso is that he'd like me to wear a waterproof bandage over the wound during the workout. Don't tell Benjamin but I'll be cleared to take out trash and lift boxes from Saturday onward. We'll see just how long I can carry forward my guilt-driven advantage.

Knowing that episodes like this might reoccur I've purchased futures in the sunscreen commodities markets and started ordering in cases of zinc based product.

It wasn't as bad as I thought the experience would be. It almost never is.

"Worry is a price we pay for a future that may never come." - Ian Fleming.

Posted by Kirk, Photographer/Writer at 16:59 9 comments:

Hard Edge in Black and White. 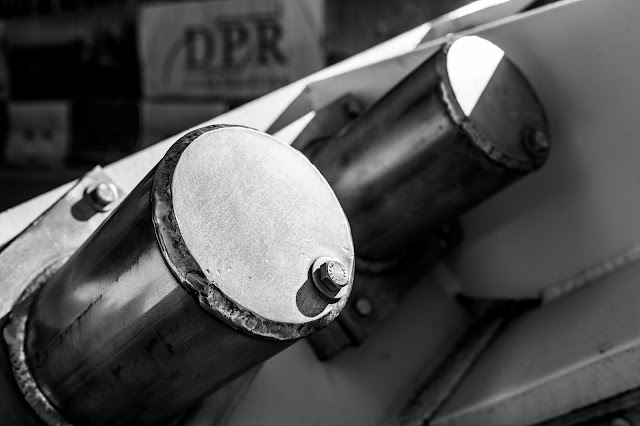 I don't need a chart to figure out if my lens is sharp.
Posted by Kirk, Photographer/Writer at 10:18 No comments:

`A Mere Shadow of My Former Self. 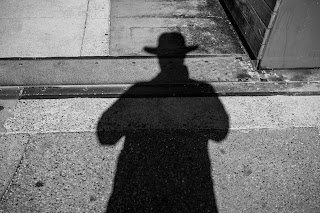 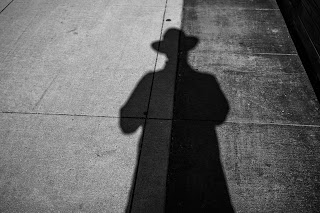 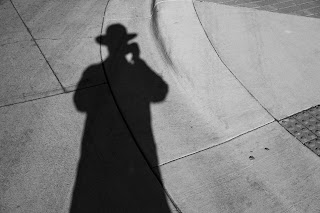 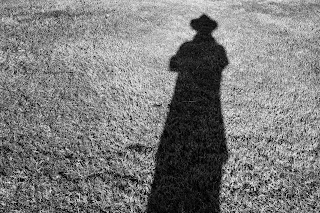 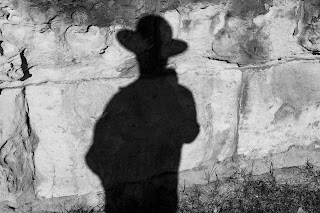 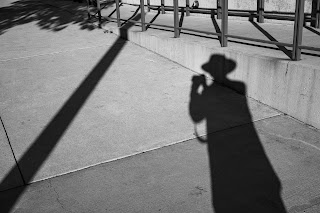 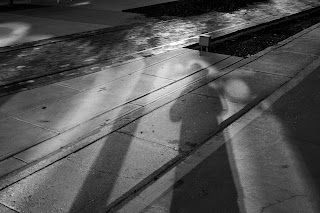 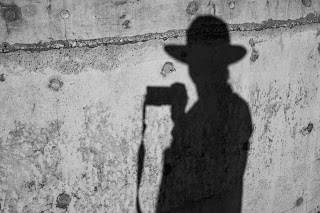 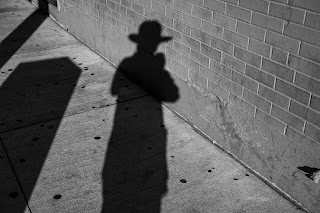 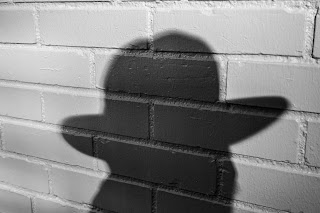 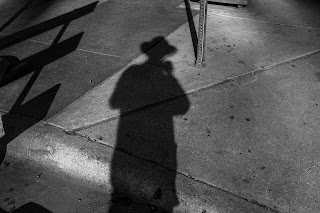 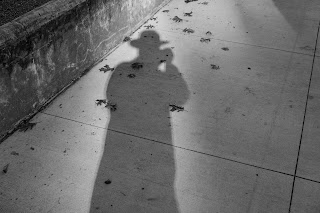 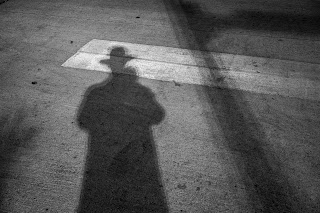 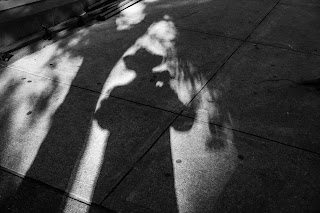 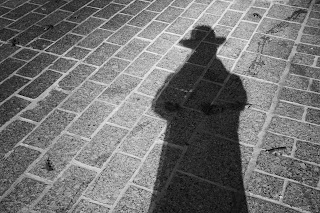 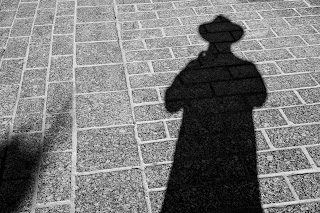