The Hot Pursuit of Excellence or the careful testing and adaptation to what you already own? 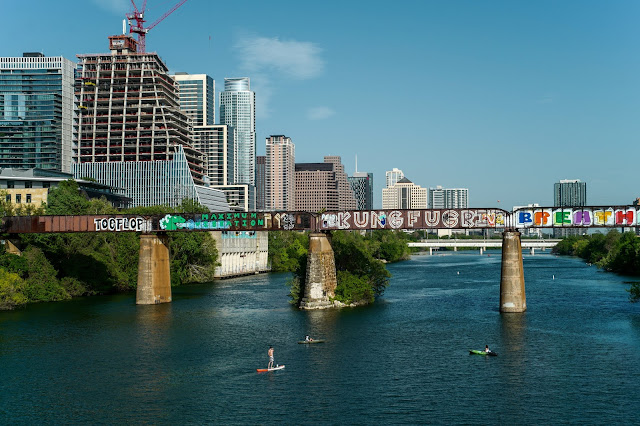 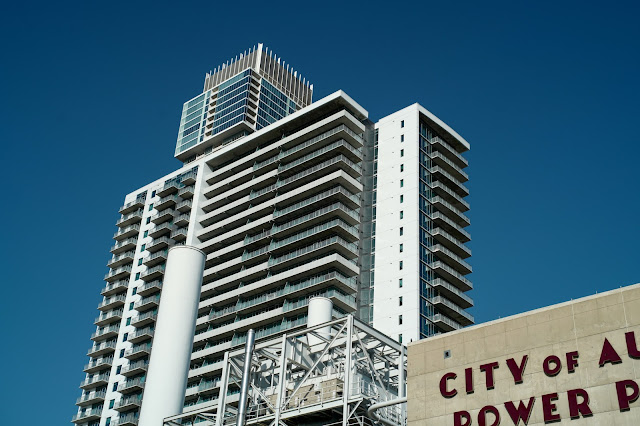 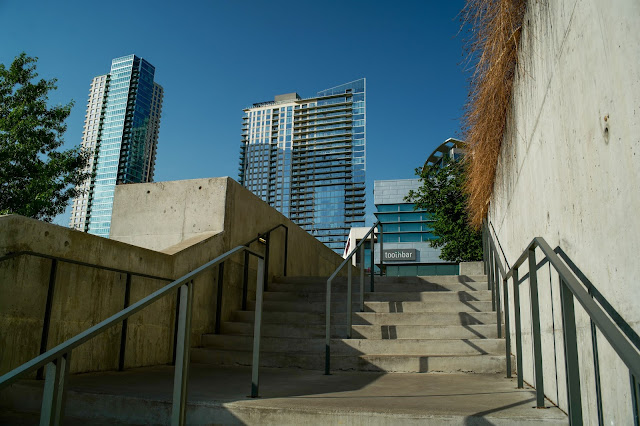 P.S. I thought I should explain the silly and over the top posters below.
When I was on the 23rd story of a downtown office building photographing an attorney I looked out one of the windows and saw, down on Colorado and Third streets, a big crane with a nine-light (giant cinema fixture) on the front of it and a gaggle of movie grips trying to look cool, professional and on the ball surrounding said crane. I knew they were movie grips because they were busy attaching sheets of color correcting gels to the lighting fixtures. And they had the little, worn grip pouches hanging off their belts. And the production company T-shirts, mostly in black. And the black, cotton baseball caps, ala Ron Howard.
When I came back downtown to do my lens test with the 28-70mm Leica I walked over to that area and conferred with the intelligence experts out in the field. Those would be the two young guys running the valet parking station across the street. They had the scoop. Austin is currently home to filming the re-boot of "Walker Texas Ranger" and the production company is using a number of downtown locations for the effort. These posters went up on the first day of shooting and are nothing like the usual posters downtown. They are obviously a movie art director's idea of punk rebellion coupled with dated commerce.
The production had also taken over on the store fronts on Third St. and created a canopied entry for a fake business. On every corner was a large grip truck with grips hanging out smoking and desperately trying to look like the prevailing stereotype of a movie crew. I thought the posters were funny and photographed them. Nobody seemed to mind me being in their (temporary) space. It's almost always interesting... 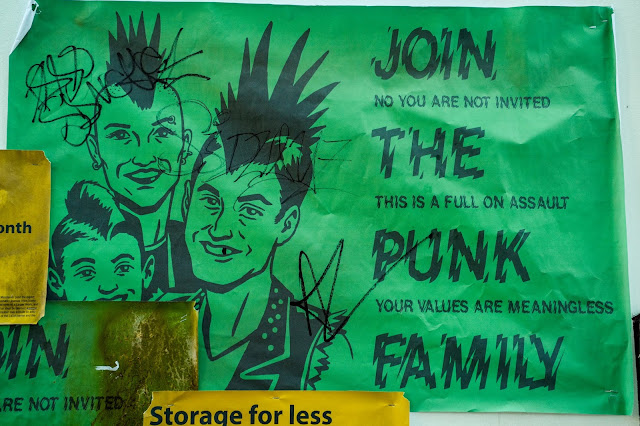 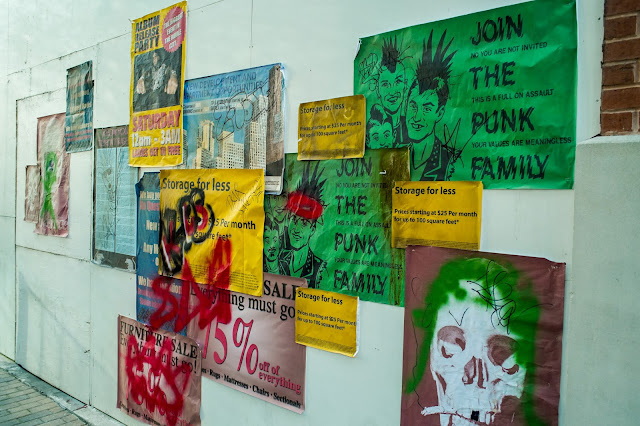 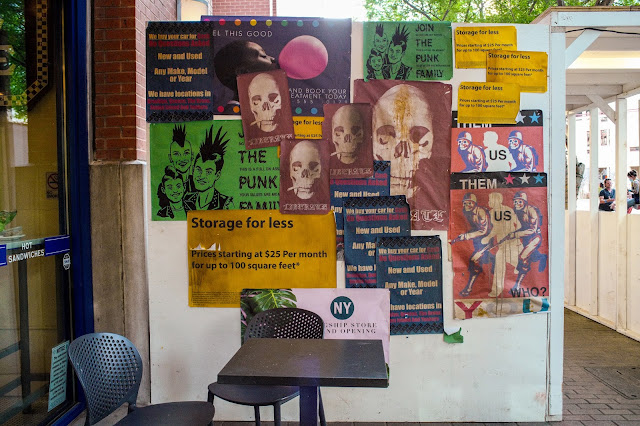 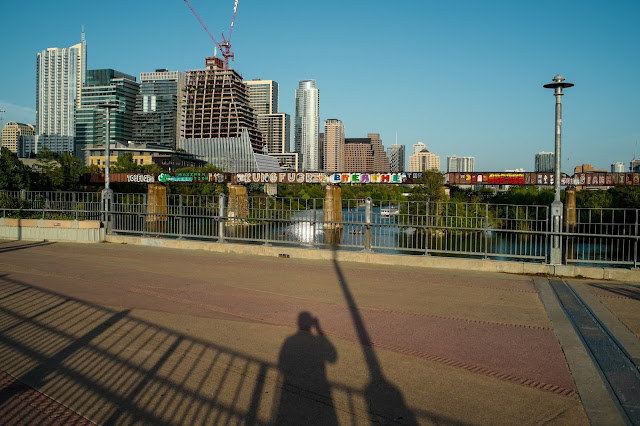 Posted by Kirk, Photographer/Writer at 12:18 15 comments: