The smaller jobs are the respite I need to just feel secure and engaged. 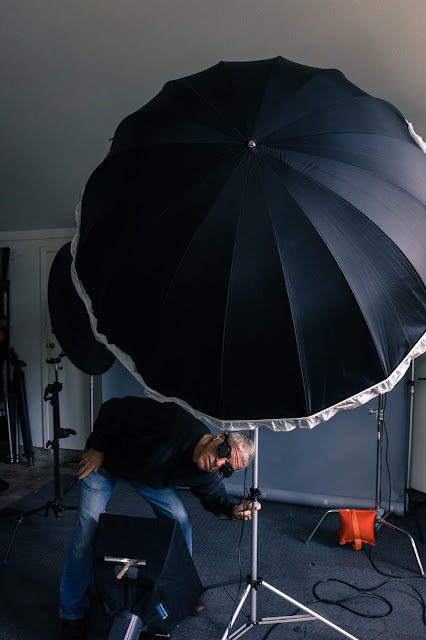 Photographer bloggers tend to write about the big and impressive jobs. I assume they think it's what their audience wants to read about. But I really like the smaller, calmer and less challenging jobs that come through the business. They are easier to produce, there's less emotion involved in the projects and the fact that they are less high profile also means that if and when you screw something up it's not a big deal and can be easily re-done with very little loss of "face."

I have a small, high technology client that needs straightforward images of their products from time to time. The products are systems that run on generic platforms. Today we were photographing three different desktop computer and server boxes against white. There are some custom design implementations that visually differentiate each product from the computer boxes that you could buy off the shelf but in the end, to state it plainly, we were photographing the same, basic rectangular boxes we've been photographing since the dawn of commodity computers. The real mission is to get nice images of the boxes, add a bit of drama with the light and drive attention to the cool, new logos on the front that are the client's signature. Just to make it easier, I shot them against white seamless paper. I'll clip the images and deliver them with clean backgrounds.

The client and I discussed the job over e-mail last Friday and I asked if I could arrive at 10 a.m. to try and dodge the rush hour traffic that happens in Austin from 6:30 a.m. to 9:30 a.m. That presented no problems. I loaded up the Honda CR-V with rudimentary stuff. Four of the Elinchrom moonlights, a couple of soft boxes, four small light stands, a background stand set up and a short roll of white seamless paper.

I took some Sony Nex cameras instead of the bigger, full frame cameras because I remembered that the last time we shot this kind of stuff we had trouble getting enough depth of field with the larger sensor cameras and I wanted to see if a move to an APS-c sensor would be helpful. It was. I put a Wein infra-red slave trigger in the hot shoe of a Nex 6. I remember buying that particular trigger in 1987. It's never failed me and seems to run forever on two double "A" batteries.

The boxes were waiting for me when I dragged my little cart with my photo-junk out of the elevator and into the conventional conference room. I set up the paper across one end of the conference room table and then set up my lights. The final step was setting up the camera on a tripod and then going through the menus to make sure I had all the settings optimized. Had I turned off the image stabilization? Was the white balance set correctly? Had I formatted the SD card? Did I set the camera up for manual focusing? Do I remember which button enlarges the frame in order to check focus? Did I remember to turn off the DRO and HDR and all the silly art modes? Did I bring extra batteries?

Once everything was set up I put my iPhone on the table in front of me, out of the frame of the camera, and turned on the music. I listened to some Bach today. The Brandenburg Concertos as done by Consortium Musicum, to be precise.

I played around with the lights and I played around with lenses and the camera. Eventually, I got some images I was happy with and I went to the break room to find a cup of coffee and then to find my client. We reviewed the images, talked about post production and I could tell my client was happy with the work. I took all the stuff back down, loaded it all on the cart, put the conference room chairs back where they go and then headed down the elevator to my car where I took everything off the cart and put it back into the cargo area.

I'll spend some time tomorrow making clipping paths, looking for smudges and fingerprints to clean up and generally sprucing up my initial work with a bit of post processing. Then I'll upload the relevant files to the client's FTP site and also send them a DVD with the same images on it as a back up.

Before I leave the studio tomorrow I'll write a nice "thank you" note because I really do appreciate having some calm, quiet and consistent clients, and then the next day I'll send out an invoice for my services which will include a charge for a usage license as well.

If this jobs goes just like the dozens of other ones I've done for this client there will be no drama, no hysteria and no tense moments. Just a nice project. A nice batch of deliverables and a reasonable payment.

It's fun to read about the big, exciting jobs that require split second timing and perfection on demand. But it's much healthier to live through the quiet and happy jobs.

You'll have to excuse me now. The sun is setting and I finally feel like it's cool enough to pull the lights and stands and cases out of the car....

Posted by Kirk, Photographer/Writer at 18:35 8 comments: