Oh Dear. And then there's the Kamlan 50mm f1.1. And a folk cure for acid reflux. 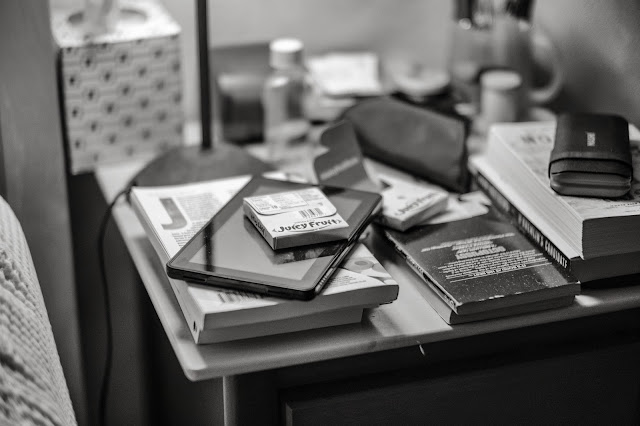 There are too many books and pens and film cannisters and stuff on my nightstand. My favorite things there are the packs of Juicy Fruit chewing gum. It's really cool And it's a Kirk-io-pathic cure for acid reflux. Seems your own saliva (which chewing gum does a good job helping create) is one of the best antacids "on the market." Occasionally I'll have something that makes my esophagus complain and rather than reach for a "Tums" or something more malevolent, like Prilosec..." I'll grab a piece or two of Juicy Fruit chewing gum and chew away my discomfort. I keep it handy for those late night occurrences that seem to follow a plate of french fries washed down with tannin rich red wine.... Try it. And when it works go back to your gastroenterologist and scold them for prescribing deadlier stuff first...

(Disclaimer: I am not paid by the makers or distributors of Juicy Fruit in any fashion. Not even free gum. But I'm ready for them to hire me to create a campaign for their medical use of the product. If you work for the chewing gum company then call me, I'd also like a new car....).

How's that Kamlan 50mm f1.1 lens working out for me? I've shot it more and more often lately and it's a lot of fun. Sharper than I thought it would be (in the middle of the frame) at wider apertures but falling apart pretty quickly as you move to the edges of the frame. Nobody will mistake this for a modern macro lens but it's at least as much fun as anything LensBaby ever came out with and more controllable.

I'm doing some fun portraits in studio next week and I'm determined to mix this lens with a liberal dose of constant, LED lighting to really see what I can squeeze out of it. I guarantee it won't be "sharp in the corners."


Posted by Kirk, Photographer/Writer at 16:31 5 comments: 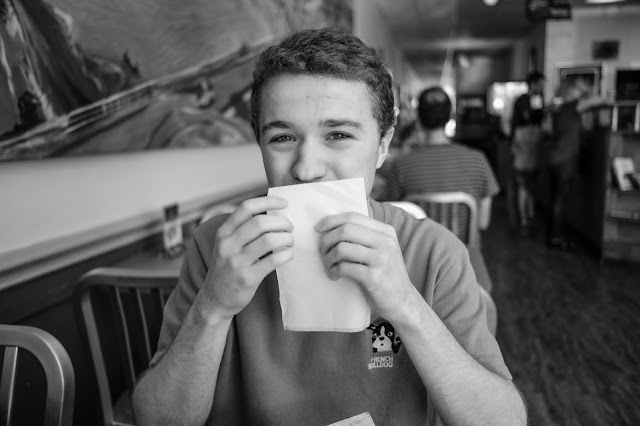 Just another update on my dalliance with the Fujifilm XF camera system here. I previously purchased two of the compact and virtuous f2.0 prime lenses from Fuji; the 50mm and the 35mm. I used them both and found the center sharpness to be wonderful and the overall look to be very pleasing. If there's a downside to the lenses the camera's lens profiling capabilities make it invisible to me. In fact, I liked them so much I decided to pick up their matching sibling, the 23mm f2.0. All three are small and light, have high center of frame sharpness and, by going a couple stops down you can even have sharp corners ---- if you really want them.

I got the 23mm during a period when I was totally engaged in a long photography project, shooting portraits, and relied exclusively during that period on longer lenses and zooms. You'd think I would have pulled the 23mm out of the bag and used it on some of the locations, just to see how well it worked, but you would be wrong. My recent schedules have been so tight that my choice would have been to screw around with the new lens and miss my next flight or keep the lens in the bag and make the schedule work for my client.

But over the last weekend and in small chunks of time this week I've been able to bring the lens along (riding on an X-E3 body) and give it a few tries.

The top photo is handheld (which means there's no image stabilization anywhere - in camera or on tripod) and shot at f2.0. I used the Acros color (B&W) profile and I see what all those Fuji fans mean when they say, "You gotta try it." It's probably the best black and white processing I've seen from a camera since.....wait for it.....Tri-X film in my Leica M6. After shooting a bunch of frames with the Acros B&W setting I'm coming to look at the X-E3, with the trio of compact primes, to be my digital Leica substitute. We'll see how that goes. 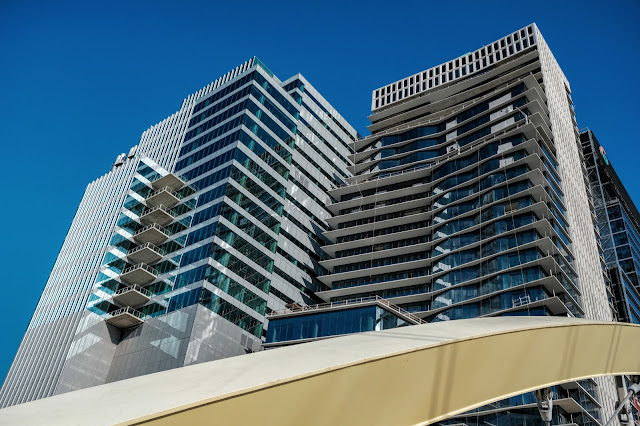 But I'm also interested in how the lenses perform when used on middle ranged and distant subjects and so I took the lens out for a walk on Monday, when we had clear skies, and shot some of my usual subject matter. It's convenient though boring to see the same bridge and buildings show up again and again in the posts but having them in multiple tests and posts means I can switch back and forth between posts to see how different cameras and lenses handle the same basic subject matter.

These were shot at f4.0 or 5.6 so I expected them to be sharp and they certainly were. If you need flat field lenses with high sharpness across the frame and no vignetting then these are not the lenses you are looking for... but if you understand how lens design and sharpness work and like the character and contrast of a good, all purpose lens then you might enjoy these. I'm beginning to think the mania for "flat field" lenses is a result of declining enrollment in college humanities programs; that failing is making our culture into a society made up solely of linear thinkers who value absolutes and technically measurable specifications above less tangible (and more lovable) qualities. Soon we'll all be programmers and engineers and society will die off from the ensuing sheer boredom.

At any rate I think Fuiji made (at least) three lenses that have a solid reason for existence in the bags of independent photographers and provide me personally with many reasons to appreciate them. I'll keep them.

The 23mm is the same angle of view on APS-C as a 35mm lens on a full frame camera. Not always my preferred focal length but when I feel like going wide it's a perfect starting point. 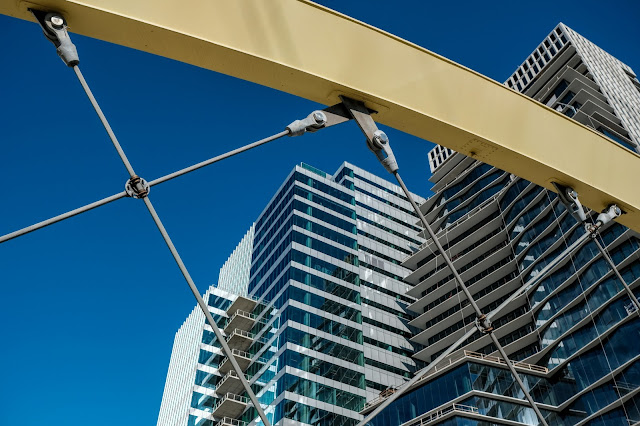 These Fuji lenses are currently on sale. I got mine for $50 less than it would have been the week before. It makes a nice stocking stuffer...


Posted by Kirk, Photographer/Writer at 16:07 5 comments: